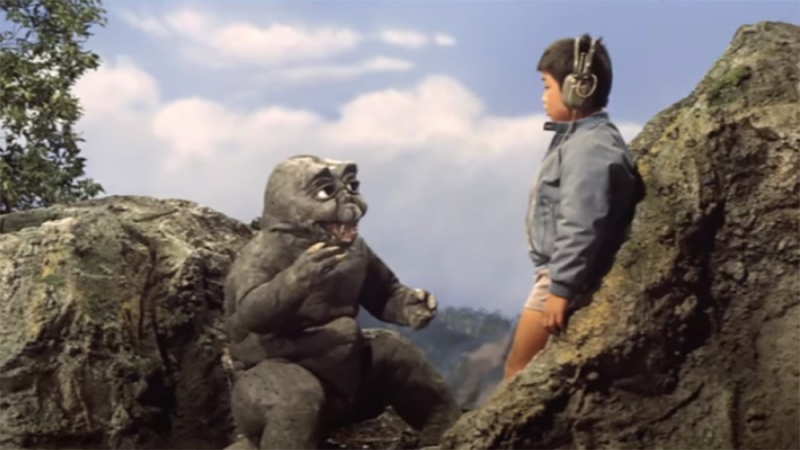 The atrocious tenth film in the series focuses on a bullied boy who escapes from his depressing existence by dreaming that he and Godzilla’s moronic son Minilla are playmates on Monster Island. Although helmed by visionary filmmaker Ishiro Honda, who directed many of the best Godzilla films, “All Monsters Attack” is widely regarded as the worst of the worst, and for good reason. Due to budgetary problems, most of the action is comprised of recycled footage from previous Godzilla movies, and the original material looks like it was shot in a single weekend using whatever old monster costumes were on hand. Awful in every way, the American version adds insult to injury by dubbing the childlike Minilla with a deep male voice that sounds oddly like Mr. Ed, the talking horse.